Maybe your car was passed down to you after being meticulously cared for by an older generation or maybe you won it in a contest, at a casino, a poker game, or by being Super Bowl MVP. Either way, we’re just going to assume that you didn’t steal it.

Had we made this assumption in 1991, when vehicle thefts reached an all-time high of 1,661,738, according to the National Insurance Crime Bureau (NICB), maybe we’d be further off base. In 2013, despite an increase in population and registrations of over 60 million vehicles, the NICB reported that thefts plummeted down to 699,594 with a theft rate of 221.3 compared to the 1991 peak rate of 659.01.

Our friends at Little Things highlight 12 simple mistakes that leave your car vulnerable to theft, but we’ve boiled it down and added some of our own helpful hints for car owners.

Little Things list several mistakes that the NICB places in its first “layer of protection” against car theft, which is aptly titled “common sense.” This includes the most simple measures like locking your doors, keeping your windows (including the sunroof) closed, parking either in a garage or well-lit area, and NOT leaving your car running with the keys in the ignition – even if you’re just leaving the car for one minute.

These all may seem obvious, but these mistakes are made everyday and lead to cars getting stolen. Maybe the least obvious in the “common sense” category is parking in a well-lit or public area. Little Things notes that you may want to park away from other people, but parking where there will always be potential witnesses to a crime, or in a well-lit parking lot that wont give criminals cover provides better protection. 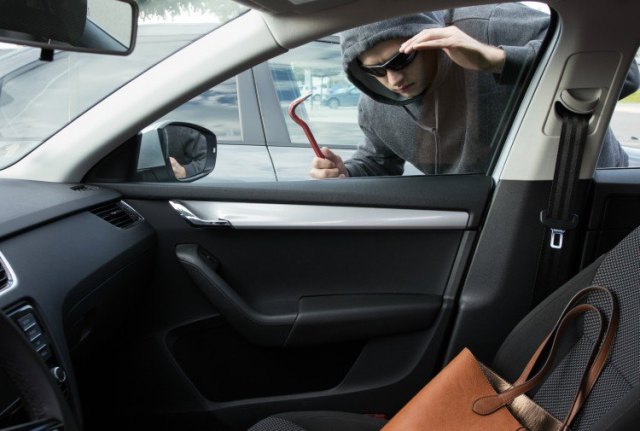 The type of car you drive and how many of the common sense measures you avoid taking are big draws to a would-be thief, but having cash, wallets, purses, or any valuable items like tablets or laptop computers only make your car a more enticing prize.

As you may have gathered from some suggestions made already, appearances mean a lot. That goes for the general maintenance and upkeep of your vehicle as well. Having a car with some visible scars and a look of carelessness could be a sign that criminals don’t have to worry about an alarm system.

The NICB’s second layer of protection urges drivers to have some type of alarm or device, whether audible or visible, to deter thieves. Little Things suggests that even buying an LED light that serves as a fake alarm is better than nothing. The NICB lists out some other real deterrents that consumers can choose from. 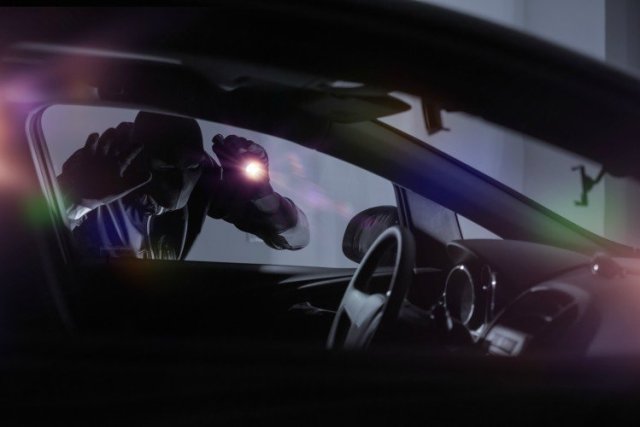 Criminals can steal your car, but you can get it back. Installing a GPS locator system can help the police find your car faster and before it may end up in a chop shop. You can also install a vehicle immobilizer system such as a fuel cut-off (also known as a “kill switch”) or smart key.

You May Like:  Her Daughter Received Creepy Messages On This APP, and She's Speaking Out

If a thief steals your car and gets pulled over by the police, your problem is solved, right? Wrong! If the thief can find the vehicle registration, they can still get away with your vehicle. Put the registration in a place where you can find it, but criminals can’t.

Having your vehicle identification (VIN) number etched on all your windows can be another deterrent for criminals looking to swipe your car. Since you can’t wipe or scrape off the etching, the criminal would have to replace all he windows before cashing in, and that takes effort and money. In other words, it could make your car not worth the trouble.

As a bonus tip, you might want to check out the NICB Hot Wheels webpage. It’s not so much good looking cars, but more a clickable map to see what car models and years were the top stolen cars by state. If your car is on the list for your state, you may want to take another look at the precautions listed above.